Big Data and its similarity with Elephant and Six Blind Men

Big Data has so much of similarity with the story written in ~300 B.C. by Vishnu Sharma, in PanchTantra, a classic of Bharat (India). Six blind men were asked to describe an elephant, and each of them describe it differently, based on the part of elephant they touched. Similarly, a confusion is being created in describing Big Data â€“ is it Data, Technology, Algorithms, People, Data Science, or Business Need, etc. However, if we keep it simple, Big Data as â€œDataâ€ then then see a 360 degree view in proper context, it will easier for businesses to leverage and get value out of Big Data. 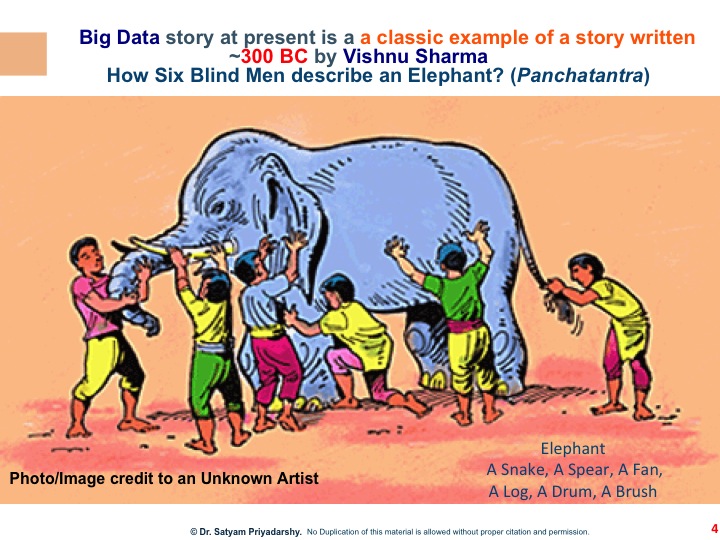